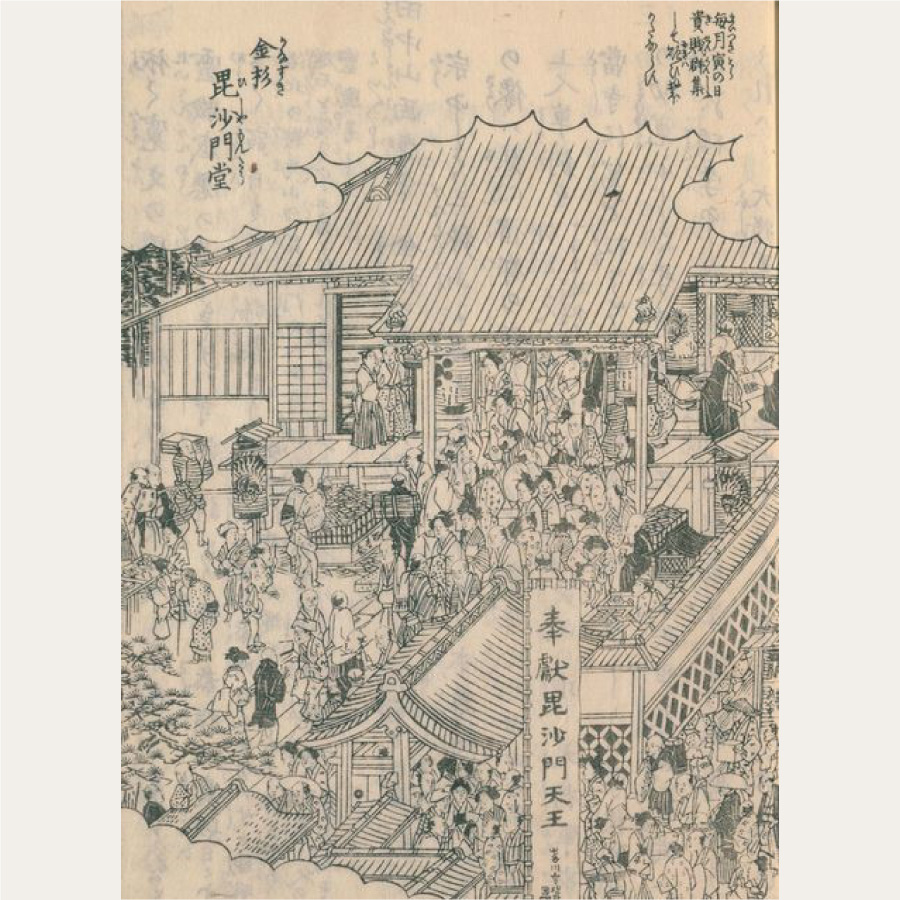 This picture is “Edo Meisho Zukai”. It’s made in 1830s and it shows lifestyle of people who lived in Tokyo at Edo period. You can see how lively it was. In the picture, a figure of a commoner who visits Shodenji on "The day of the tiger" is drawn. In the old calendar, "The day of the tiger" is said to be a day when the fortune rises. Even now at Shodenji Temple, open books and prayers will be held in Bishamondo on "The First Day of the Tiger" in New Year, May, and September. 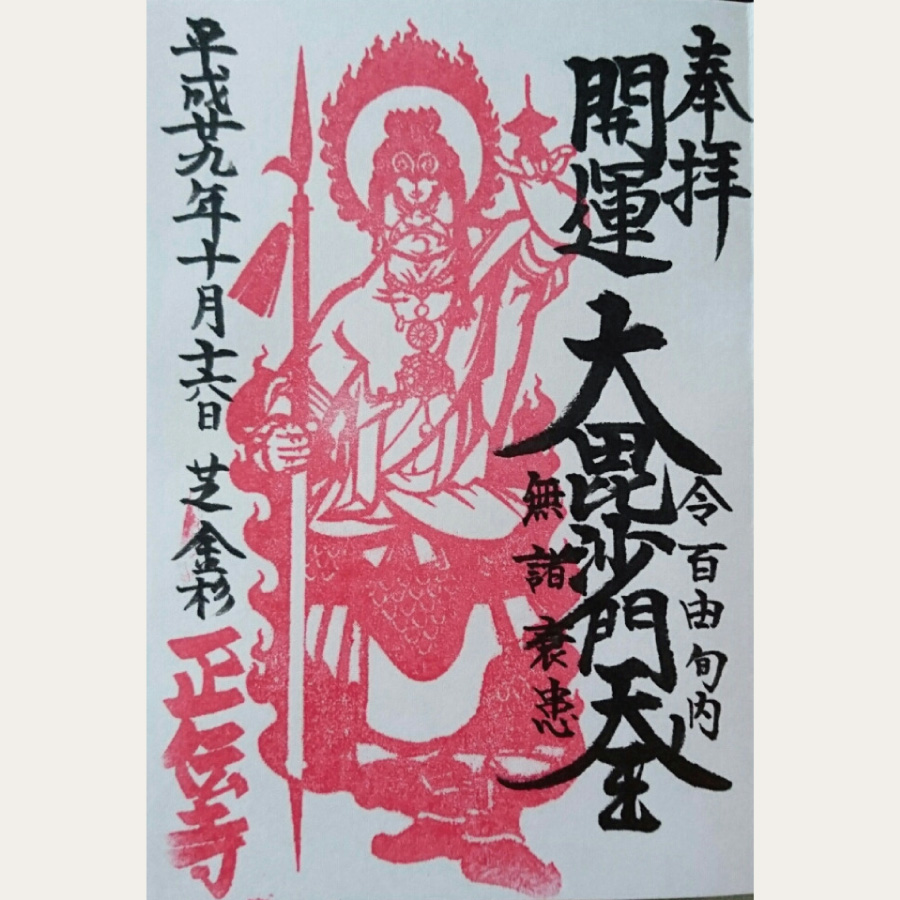 The red stamp of Shodenji is painted with Bishamonten. Here at Shoden-ji Temple, one of the venerable Bishamonten statues of the same sect was presented by a high priest of Nichiren sect. Therefore, Shoden-ji is one part of The "Edo three largest shrines" and collected the faith of many common Japanese.